This post has been saved from my old blog hellyeahfouringredientrecipes.tumblr.com

I'm normally game for a challenge but I have to say that this one made me feel a little queazy! For the April Daring Cooks Challenge, Lisa from Parsley, Sage and Sweet has challenged us to debone a whole chicken, using this video by Jacques Pepin as our guide; then stuff it, tie it and roast it, to create a Chicken Ballotine.

And I wanted to try all of that using only 4 ingredients!! Ingredient 1 - the chicken… leaving 3 ingredients for the stuffing.

The process in the video wasn’t too hard to follow (although I think I got the front and back a bit mixed up at one point!) but I have to say that it took me a while to get it right. The wing bones were fairly easy to sort out but I struggled a bit with the fillets - possibly because they were quite small, maybe because I am so strong I ripped them off too early!! Once I was done I seasoned with salt, pepper and a little paprika and chilli.

For the stuffing I used:

I finely chopped the mushrooms and pepper and softened them in the microwave then breadcrumbed the bread (although my wife pointed out that I should have removed the crusts!). I mixed the stuffing together and layered out on top of the chicken. The wrapping and tying were easier than the deboning! Cooked and cooled it’s even able to be sliced for sandwiches! :) A great challenge and thanks to my wife’s assistance with working out which part of a chicken was which - as well as awesome knowledge of chicken anatomy her ballotine was tastier than mine too!

Thank you for a great challenge - definitely would do this again. 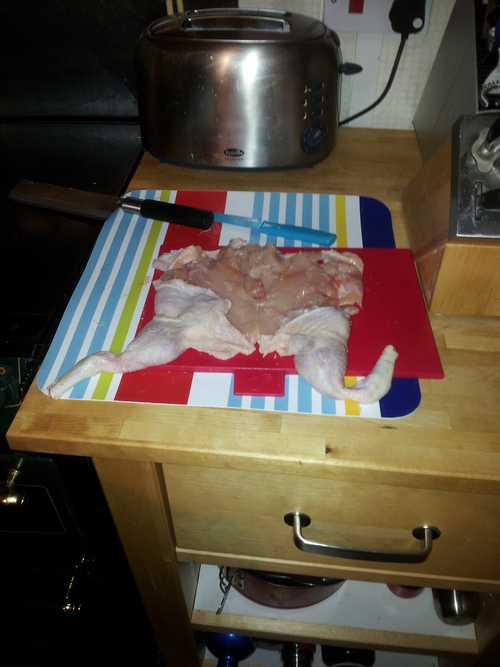 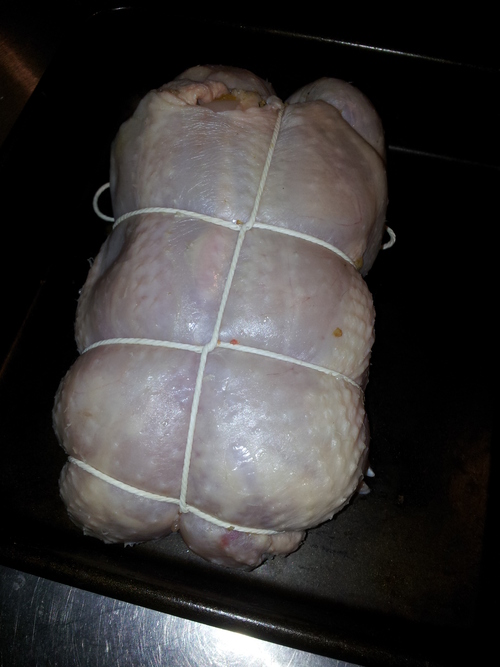 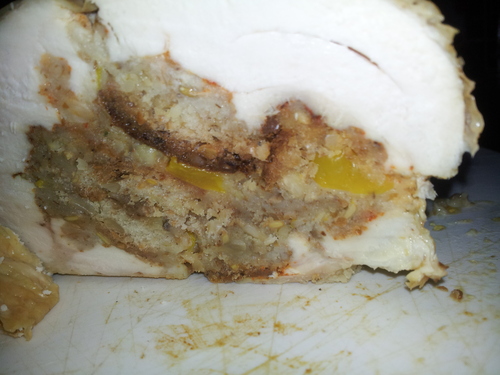 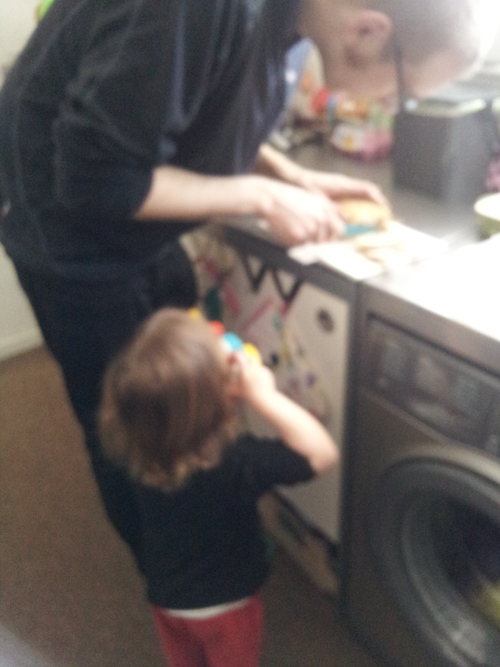 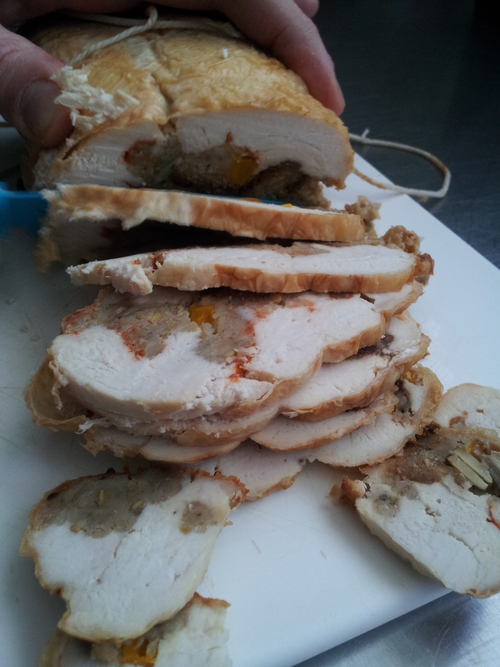