Months ago I decided to brew my first batch of mead. I took the steps and recipe from Hugh - I've edited the recipe to show what I did and how it worked.

Doing this I did a lot of research into whether set honey could make mead as the River Cottage site clearly stated not to use set honey. I couldn't find anything so I went for it. I also elected not to boil the honey - I didn't want to kill all the good stuff off.

For the future I'd like to experiment with some of the following flavours: 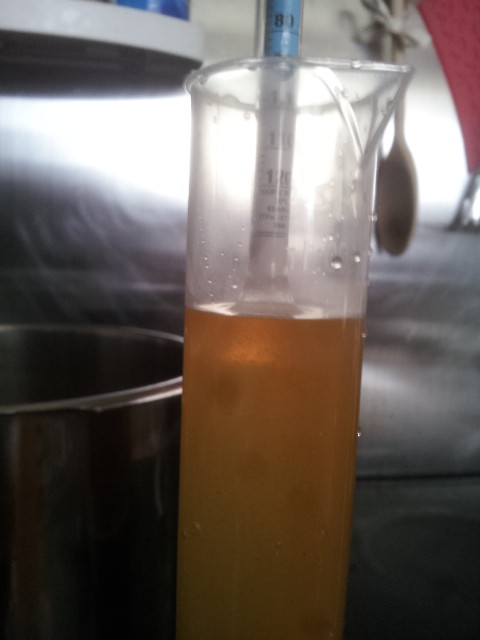 Taste Test: There is no question that this worked. Like 100% worked. I personally think that it tastes nicer than the gold-standard of meads, Lindisfarne Mead! I've shared with a few people and even Ruth was seen voluntarily drinking it!! I'm calling this one a winner and I'm definitely going to rebrew.