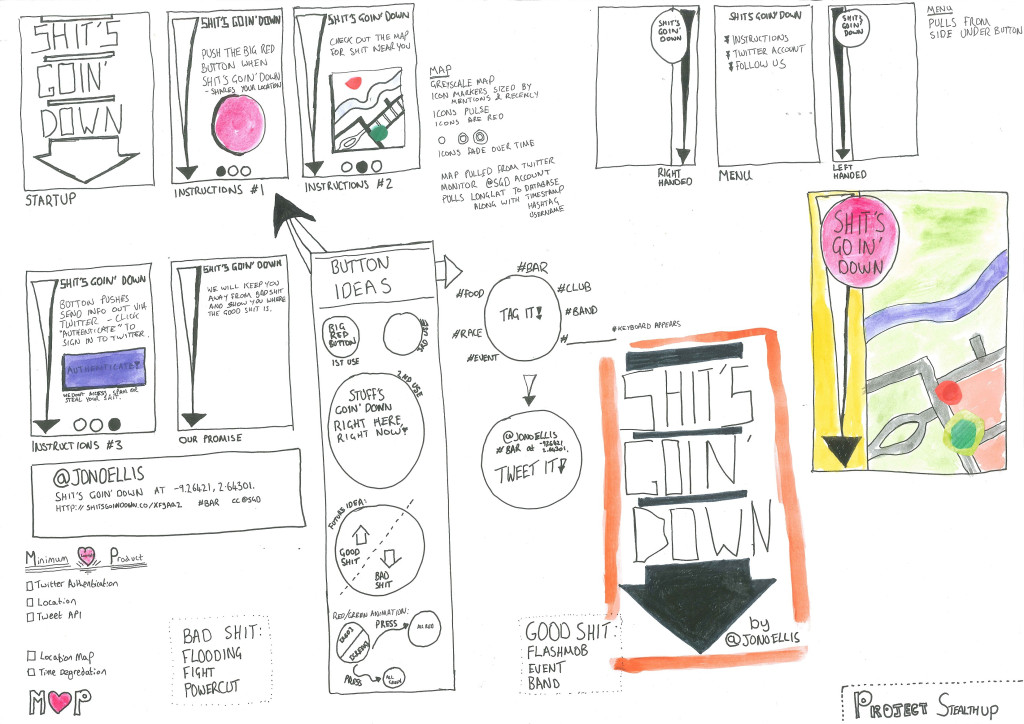 At the weekend I spent a couple of hours sketching out some ideas for a new app. This app will probably never become anything more than some ideas on paper. CAVEAT: I'm fully aware that there may already be this exact app idea or this exact app name out there but I thought of an idea and drew it out so whatever is out there already isn't mine and this isn't theirs either.

The whole app is centered around a map and a button - click the button to alert people to stuff that's happening (good or bad), pulsing markers appear on the map to show that stuff. Apps need catchy names so this one is called "Shit's Goin' Down". I'm not normally a sweary person... but what the hell! 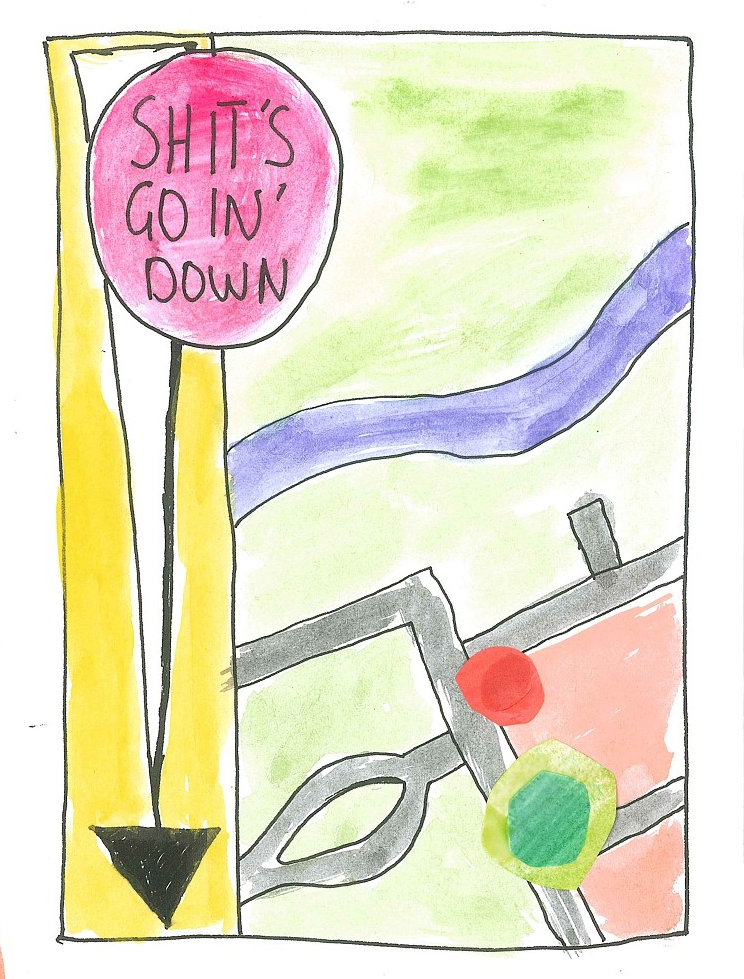 What could people send alerts for? I was imagining you could use this in bad situations such as flood waters rising, rivers bursting banks, looting, fire, police cordon, fights, powercuts... all mostly centered around warning people. Good alerts are more marketable - bands playing, events, flashmobs, freebies, etc. 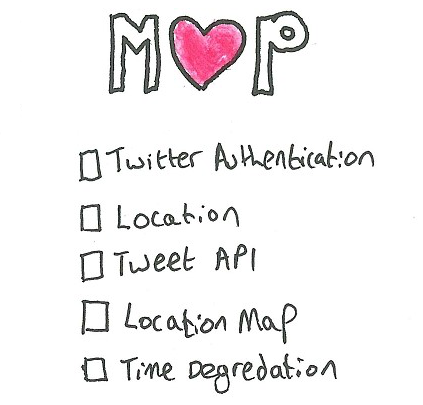 M💗P: the minimum that I think that this app would need in order to be useful and fun for people:

Button pushes would post tweets. Independent from this the app would then be able to monitor Twitter to gather markers to add to maps.

So... what do you think? It's a bit of a fun project but I think it has potential.