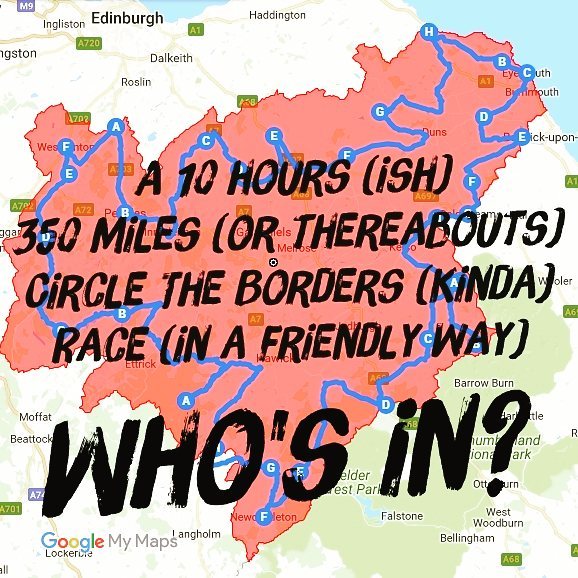 So I had this idea 💡 a while ago... I'm sure it's been done 😦 before but who's up for a mini road trip🚗🚘🚙/race⏱️ encircling the Borders? It's approximately 350 miles and Google Maps seems to think 10 hours 🕙 should do it. We obviously wouldn't do it as an actual race race (🏁 motorsports are dangerous 🤕!) - think car orienteering instead😊. Perhaps there could be a small prize🏆 for the first across the line, and some jovial ribbing for anyone who's route takes them out of the Borders (apart from that awkward bit at Mosspaul)? Teams of at least 2 people. 👫 👭 👬 Bring your own car (or get a car club one for the day)! ♻️