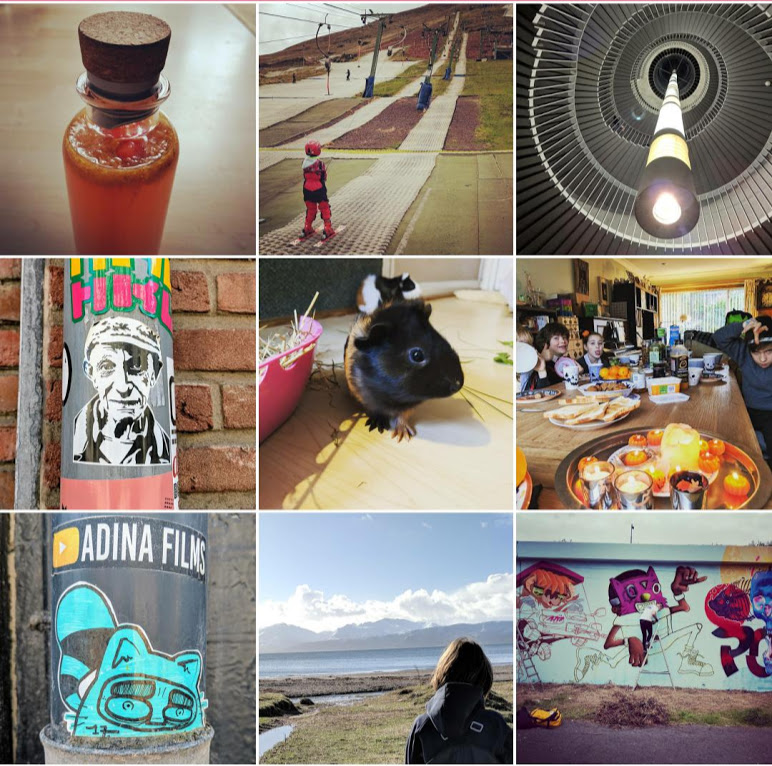 Firstly, since I know that most people skim read, thank you to all my wonderful friends, family and colleagues - you're all amazing (Ruth and Martha most of all). 2018 has been a hell of a tough year for a lot of people - there's certainly been a strong background feeling of impending doom that hasn’t made things easy.

This year has had some absolutely highs - the birth of my niece, Martha making (and Ruth and I InDesign-ing) a cookbook, Ruth getting a new job, holidays with friends and family, so much snow, making beer and kombucha and sourdough regularly, hosting a family Solar Can exhibition, watching Martha enjoy a mad busy life of guinea pigs and parties and activities and Brownies and sleepovers, volunteering as bar organiser for the school PSA, volunteering for Hidden Door, camping (especially at Underneath The Stars), hiring my biggest van ever to help friends move, my first international stag doo and an Easter holiday cancellation with a surprise last minute replan!

I have no words to describe how grateful I am for our friendships, being able to afford to do things, for the (sometimes fragile) health that we have, and for all of the experiences that we've had this year.

There have been some downers - it’s important not to dwell, but also important not to forget. My job means that I can't talk about local, national or international politics much, but the world's political environments have had a big impact on us this year. I’m grateful to everyone who’s out there fighting for what’s right and standing up to crappy behaviour. More than politics, the death of Scott Hutchison from Frightened Rabbit hit me hard. I saw Frightened Rabbit play in March and it was a tough gig to watch - I loved it as always but it was clear from the song intros that it had been a hard tour for Scott to perform. The awful news of his death was a shock, and I feel so sad for his bandmates, family and friends... and also in total awe of the strength and dignity they've dealt with this year with. The message of making tiny changes will be one I keep trying to fulfill and to spread. Thank you Scott and Frightened Rabbit and to everyone who is out there risking it all to bring culture and art and music and literature to the world.

I also had a tonne of stress going on about my job (not so much the work, just whether I’d have a job) resulting in some big efforts that didn’t quite play off as hoped but thankfully everything is sorted now (pending paperwork). Work has also definitely had it’s good points: I’ve been involved in some great work with some great people. (And I’ve been to some great out-of-work events with colleagues, including an amazing dance show!) The digital meetups that we’ve organised have gone down well. I’ve got an amazing team at work. I’ve learned a lot this year - I guess that I never really reflect on how much I've learned in a year, but I definitely know more now than this time last year. Most importantly I took part in Mental Health First Aid Training, and it's something that I'm going to be more involved in at work next year (much love to the Scottish Government for providing this). I've also been on a bunch of (sometimes grueling) interview panels, helping recruit some great new colleagues. I travelled less with work and attended fewer events but I still feel that I learned a lot and got a lot to contribute back to my work. We had a spate of leaving doos which was just as fun and awful as always - thank you to all ex-colleagues, you were fab! I’ve got lots to get my teeth stuck in to for 2019 - genuinely excited for the new year at work.

Reflecting back on the year, I feel older but when I check myself in the mirror I’m looking pretty much as I always do (although with a few more telling traits from my lineage!). Perhaps more handsome?

To close here are some lists of my year - who doesn’t love a list?

Not my only books but my favourite books of the year.

I am immensely lucky to have travelled so much in my life, and especially to have been to some amazing places over the past year - here are some places where you’ll generally find a happy Jono.

I’ve watched less TV than ever before in my life and significantly fewer films. (I personally think the quality of films on Netflix and Amazon Prime in the UK is very poor compared to what’s available internationally but I also think I’ve just been a bit busier with less time to relax with a good film. Hopefully 2019 will be a year of more good movies and cinema trips!)

I tried to up the quality of what I was investing my time in but despite lots of recommendations the worst film I’ve watched this year was probably Warcraft (but I honestly thought Jack Reacher Never Look Back, Star Wars: The Last Jedi, The Cloverfield Paradox and Isle of Dogs were in the running too!)

I’ve tried to listen to a broader range of stuff this year... but when I checked back against last year 6 of my top albums were in last year’s top list too (obviously from keeping stuff on repeat to kill distractions at work). D’oh! Not to worry - still a great selection.

I’m making a big push to try to move away from consumption to spend my interactions with my devices more productively and creatively. (I’ve blocked Facebook, Twitter, Instagram, Inoreader and YouTube for the holidays). Here’s the stuff that I cannot do without: