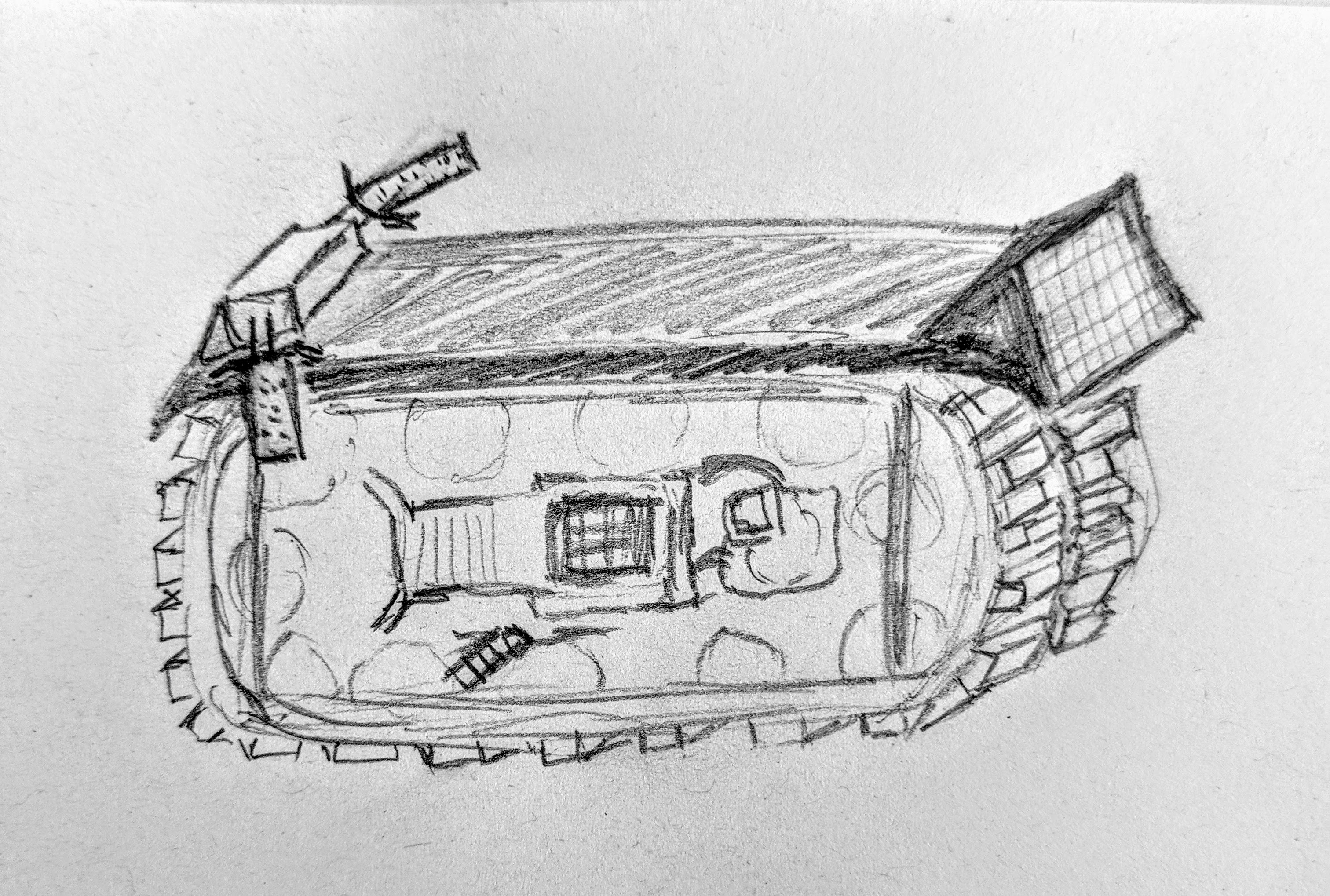 I've had a mad invention idea that I'd love @colin_furze to build - a monkey bike version of a caterpillar tracked ride-on. Two tracks with independent control. No "steering", no brakes, just forward & reverse for each track. Automatic. Small enough for an adult to look silly.

So I tweeted when I first had the idea for a pit bike/monkey bike version of a caterpillar tracked ride-on but it has hung around with me so here's a more detailed plan. The concept is to take the engine from a monkey bike or a pit bike and create a tracked vehicle. Similar to a monkey bike the rider would be oversize - you ride on top of it.

The idea would be that the engine would be inside the tracks and the exhaust would come out from the back (between the tracks, under the seat). The tracks could come from a snowmobile or maybe a mini digger. The handlebars would be really simple fixed controllers - no turning; only the two power shifts, one on each side, which you would turn forward to move that track in a forward direction or turn back for reverse (turning obviously happening by stopping one and leaving the other going forward, sharp turning by putting one in reverse, one going forward). No brakes - speed would be low and turning off the power forwards should be sufficient. I'm thinking the bike/tracked thing could be rough with a tubular frame (like a generator). Foot pegs would be essential to keep feet from dragging.

Since this isn't something that you could ride on the road there's probably not much point in having keys, a starter button on each side would be sufficient perhaps? (Insert safety features here!).

The seat above the tracks would be a bench (for one) with a lip to act as a mudguard at both front and back (perhaps not looking to dissimilar to the Honda Motra). Front lights would be a handy addition, attached in front of the handlebars - I'm thinking a grid of 4 rows of 10 white LEDs. Similarly a 4 red LED back light box would also stop anyone sliding off the back. Gearing would be automatic but I'm not exactly sure how to work that with two sides to control independently... something to research... and, in fact, the whole thing might be easier to build using electric rather than petrol powered.

The uses of this thing are (understandably) limited. Fun. Path snow ploughing. Racing.

Obviously I'm not the first person to think of doing something crazy with a tracked vehicle - from tracked motorbikes to “skateboards” to wheelchairs to sledge-pulling snow dogs and, of course, there are mini bulldozers really close to what I'm imagining… but not quite!