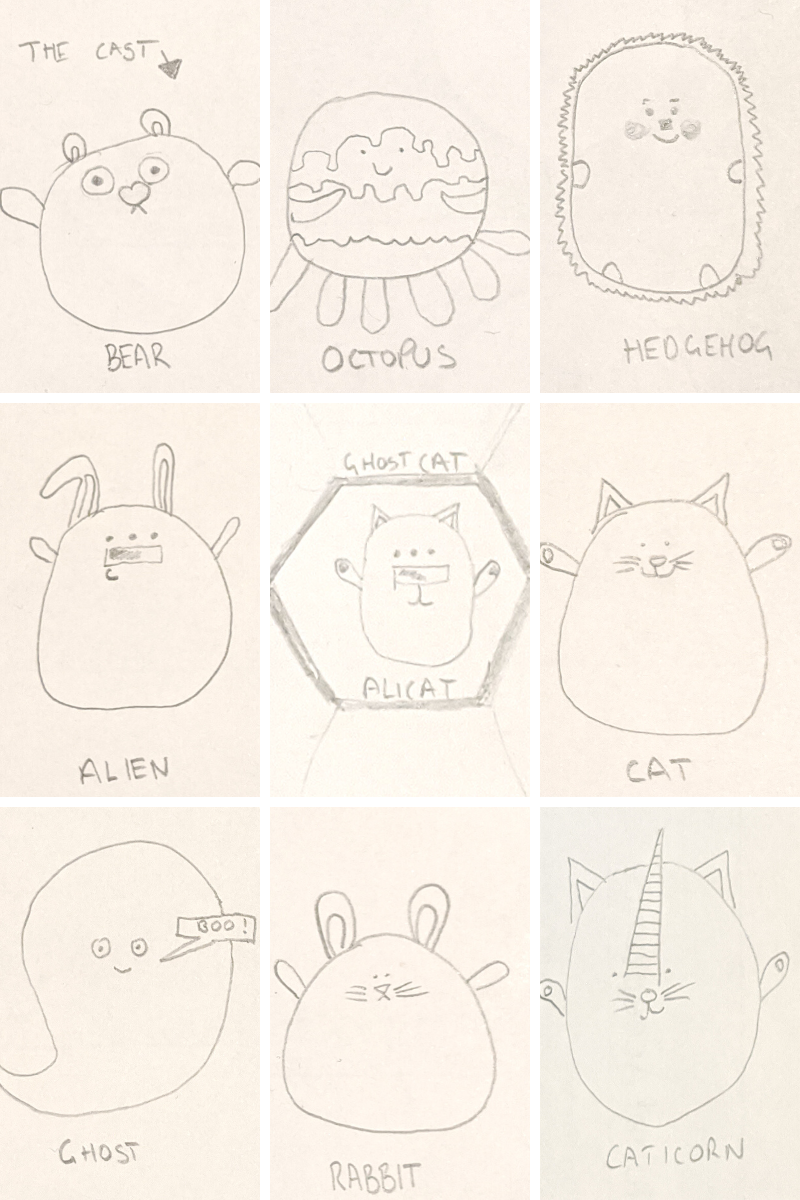 I started a board game idea a fair while ago - it's an okay idea so I thought this would be a good time to document it as I'm nowhere near in the frame of mind to power through to finish it (mostly because I'm wanting to focus on writing, partly because it's going to take an age to draw it all!). Instead, I thought I'd document where I'm up to and leave it here for now - I might come back to it in the future.

So... DR. M'S COMBINE-O-TRON is a game for kids, and it combines THREE GAMES IN ONE (hence it being a little time-consuming to design). The three games are based around a pack of cards and a bag of hex tiles that get placed on a grid.

The box would contain:

Race to the middle - The basic game is a race to get to the centre tile for 2-6 players. Players start anywhere on the outer edge and work to the centre - this requires:

Example gameplay for this would be two players splitting deck in two, seeing what combos they can create, starting at two edge tiles then move toward the middle using their token to mark their current place. If they can't move in to a touching hex tile then they must trade a card with their opponent.

Who's missing? - Players bet on which tile is missing. One single un-combined animal card is removed at random. The hex tiles are spread on the grid. The players bet on one (combo) hex tile each by placing their player tokens on one hex - this gives two chances of correcly guessing the correctly removed base animal card. The card is flipped and the players find out if anyone has won (there can be multiple winners).

Combine-O-Trumps - The top trumps game would need 4 corner scores on each animal card, with scores for:

The gimmick is that in combine-o-trumps you have to add the scores of two cards each time you play (two scores are each within 10, making total within 20 for relatively easy mental maths)

I need to work out a few more details, like should the animals be gendered. In terms of animal combos, the formula for calculating how many animails there will be from the animals in a deck, the formula is the "handshake" formula: (n*(n-1))/2 . For a deck of 24 animals this would result in 276 combos (but the pack would only initially include tiles for 3 combos for each animal). I also need to create and test combo character names to make sure that they don't contain rude words, trademarks, brands or political whoopsies. Clearly other than that I'm good to go! ;)